Some people grow up at eighteen, others take a little longer; it is nothing short of the truth, though, that at some point in our lives, we all need to envision our future and make that decision to pursue it.

For most people, there is a learning process- a series of foolish mistakes, tough lessons learned, and then that eventual great feeling of triumph when one ‘makes it’.

And then there are others-those few that for some reason the game of life just seems to make so much sense to them. 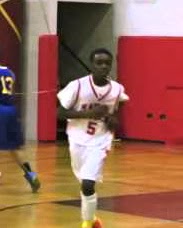 Cameron Thompson is one of those unique individuals.

An eighth grader at Martin Luther School, Thompson is a prime example of the term ‘student-athlete’.

The news of an eighth grader starting on the high school varsity team is intriguing to say the least. Though, when people come down to watch him play, excelling against older competition- it is clear that he is a special young man with great basketball talent.

From a very early age, Thompson showed a connection to the sport. When he was just one day old, his mother put a basketball next to him and took a picture.

“It’s like the ball just became infused in him,” said his mother, June.

“He first started walking when he saw Michael Jordan on the television, at nine months,” she added.

For as long as Cameron can remember, he has been a baller. While other kids played with toys or watched cartoons, he watched basketball.

“He’s always had a hoop in his room and when he was little he would play into the wee hours of the night, even slam dunking off the bed,” commented his mother.

His first experience on an organized team was with the YMCA at 6 years old. This is where he happened to meet Abdul Sulley, a personal trainer. He told June that he saw talent in Cameron and that he would be honored to work with him. Sulley worked one-on-one with Cameron to develop and enhance his basketball skills.

His number one coach has always been his dad. A former athlete himself, Leonard Thompson encourages his son, often giving him advice on the drive home from games.

He says though, “I can not take credit for Cameron’s talent. He was born with it, its a gift from God.” 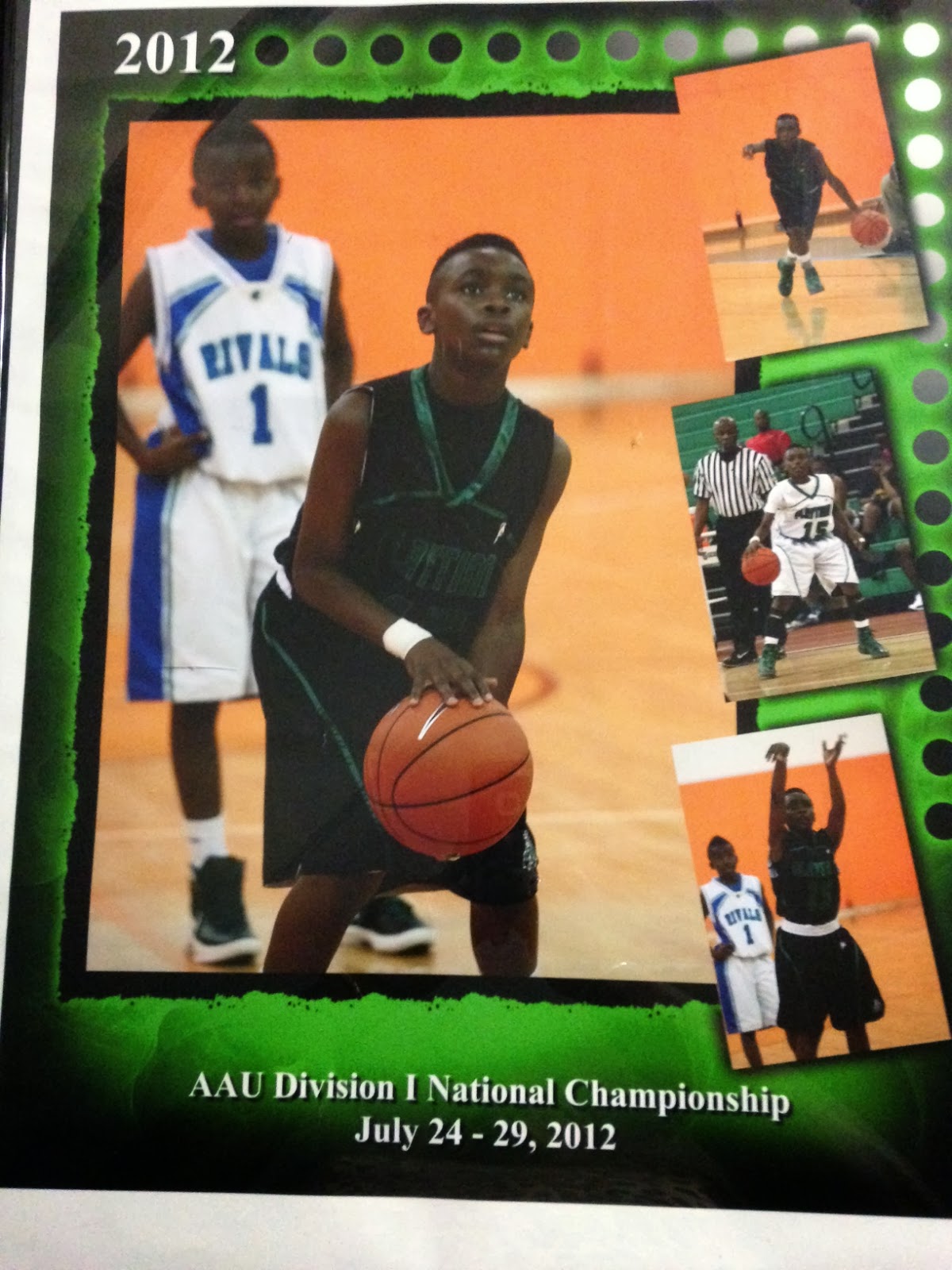 Since his days at the YMCA, he has gone on and played for so many teams receiving numerous awards along the way. Among them are the Beacon 158 Program, Lefrak City Youth Athletics Association, Kips Bay Team, Milibank Flyers (AAU Team), Our Lady of the Angelus to name a few. He plays games all weekend, sometimes having three or four in one day.

The skills are special, the handles, the shot, the court vision; it is all there and the future is really in his hands. As a point guard, his resilience is key to his success. Toughness is going to be a big factor for him to take his game to the next level.

That is what really is admirable about Cameron. He realizes his potential and knows how hard he needs to work. Everyday after practice with Martin Luther he leaves to go to another practice. And then when he finally gets home, he does his homework.

He is an honor student, a team leader; doing everything he can to achieve his goals.

When asked about those goals, he responds without hesitation, “Division 1 National Champion, NBA, hall of fame…”

He is truly the little guy with the biggest heart every time he steps on the court. He is confident beyond his years and those who have been around him have little doubt that he will achieve whatever he sets his sights on.

The Martin Luther varsity team had not made the playoffs in two years until the arrival of Cameron. In
his first scrimmage with the team, he proved that he had the talent to play with these guys.

“I was nervous at first when I stepped on the court, but once I got the ball all the nerves went away and I was fine,” he said. 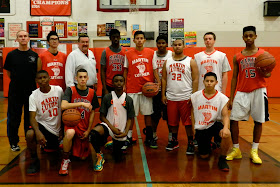 “The things that made Cameron stand out this year really were his basketball IQ and court awareness.  For an 8th grade student, the capacities that he exhibits in both areas are off the charts,” commented Head Coach Randy Gast.

At roughly 5’4”, this fourteen-year-old is one of the hardest working student-athletes in the school.

Thompson prefers to watch high school basketball over the NBA he says. While he appreciates the flow and elaboration of slower set plays, he likes the speed of the high school game and the freestyle play better. He names top prospect Isaiah Whitehead as one of his favorite local players.

His favorite professional role model in basketball is Dr. J, one of the best to ever play the game.

“I liked him because he was real humble and more of a teacher,” commented Cameron.

His parents give credit to Sulley, his coaches, and God for Cameron’s progress on the court.

What they take pride in, though, is his character. Cameron is a respectful, smart, personable, and humble young man grounded in good faith.

“My decision was based on the need for a faith-based school, with a great curriculum and not too big. With MLS and a gem in Mr. Gast, we were very fortunate this year to have Cameron attend the school. It has proven to be a blessing,” commented June.

To be a student-athlete, it takes great discipline, maturity, and an innate sense of motivation. Cameron Thompson is an outstanding example for younger students to look up to.